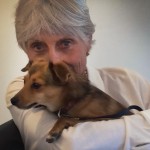 DIANA FULLER / Producer
Diana is a freelance curator, editor, and producer and the on-going director of the Screenwriting Program at the Community of Writers at Squaw Valley. She is the editor of Art/Women/California 1950-2000: Parallels and Intersections, published in 2004, by University of California Berkeley Press. She has been curator for contemporary art exhibitions for 40 years. She serves on the Boards of the SVCOW, the The Artists in Residence Program at Recology and the Conflict Awareness Project. She was the last president of the Film Arts Foundation. 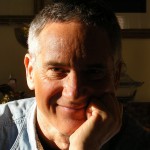 CHRISTOPHER BEAVER / Director
Chris produces and directs multi-media projects concerned with the human experience of the environment. His films as a producer, writer, and director include Dark Circle, a feature documentary, winner of a National Emmy Award and a Certificate of Special Merit from the Academy Awards documentary committee, Treasures of the Greenbelt and Secrets of the Bay, about San Francisco Bay and the surrounding open countryside. Tales of the San Joaquin – A River Journey about California’s Central Valley, nominated for the Pare Lorentz Award of the International Documentary Association and his work-in-progress Tulare, The Vanished Lake, reflect his recent focus on water issues and how they affect the environment. 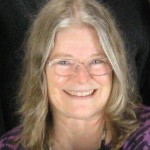 MAUREEN GOSLING / Editor
Maureen Gosling has been a documentary filmmaker for more than forty years and is best known for her twenty-year collaboration with independent director, Les Blank. Gosling recently edited “Smokin’ Fish” by Luke Griswold-Tergis and Cory Mann.Gosling’s 16mm feature documentary Blossoms Of Fire, on the legendary Zapotecs of southern Oaxaca, Mexico, won the Coral Award for Best Foreign Documentary at the Havana International Film Festival. Gosling’s current projects are: “This Ain’t No Mouse Music: The Story of Chris Strachwitz and Arhoolie Records,” with Chris Simon and “Bamako Chic: Threads of Power, Color and Culture,” with Maxine Downs. 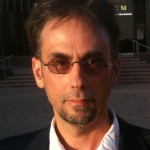 Dan has worked extensively creating sound and music for international and domestic advertising and also as sound-designer for short films and documentaries, including several for the BBC and Channel 4 (UK). As a music producer, and engineer, Dan has collaborated with international artists such as Bernie Worrell (Parliament-Funkadelic), Philip Chevron and James Fearnley (The Pogues); Debra Harry (Blondie); and many Bay Area artists, including All My Pretty Ones, Essence, The Mermen and Kally Price. 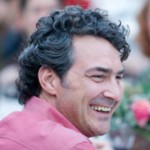 JIM McKEE  / Sound Design
Sound designer, composer, engineer and technical producer, Jim works in collaboration with playwrights, radio producers, filmmakers, performance artists and product designers. His experience includes mixing and sound design for stage, dance, feature films, national broadcast television, radio, commercial and drama, research and production for interactive media.  Most recent works for radio include Ferlinghetti; Open Eye, Open Mind with Bay Area Drama Drama, and the Kitchen Sisters The Hidden World of Girls for NPR’s Morning Edition and All Things Considered. For video; Chrysopylae an installation by Doug Hall with cellist Joan Jeanrenaud, celebrating the 75th anniversary of the Goldn Gate Bridge, Lou Harrion: A World of Music by Eva Soltes, Venice Under Water by Chip Lord, and 1 Plus 1 Plus 1 – Sympathy for the Decay by Ilppo Pohjola in cluding a live performance with Pekka Lappi. Recent feature films include Roman Coppola’s A Glimpse Inside the Mind of Charles Swan III, and Hog’s Tooth by Olek Lyzwanski. Interactive work includes sonicification of Facebook and a six screen and speaker App, Walk-In Theater for iPad by Rachel Strickland and Eric Gould Bear.

RIZWAN KHAN / Production and Marketing Associate
Rizwan Khan has a Business Management degree in Marketing from the University of Mumbai and a degree in Cinema from San Francisco State University. He has worked as a business and marketing consultant for production studios and advertising companies. He has worked as an editor and marketing associate on the documentary Objects Of Desire, and as a marketing and distribution associate on the documentary Return To Dak To. He has also worked as a surround staff to The Squaw Valley Screenwriting Program.His short film Death Hypothesis received best surreal cinema award at the Sacramento International Film Festival. We Were Kings, another short, received Campus Movie Fest Award and was selected for the Cannes Short Film Corner and San Francisco International.

KYUNG LEE / Additional Editing
Kyung Lee is a videographer and editor based in the San Francisco Bay Area. She has worked extensively in the field and studio environments. She is currently making a documentary film, “Telos: The Fantastic World of Eugene Tssui” which will be released in 2014. She was an editor and post-production manager at LINK TV, a national satellite television network for five years. Most recently she was a co-editor of a documentary film on the Bay Area poet/experimental filmmaker, James Broughton (BIG JOY).

MELISSA JOY BERNIER / Production Assistant
Melissa Joy Bernier is an independent filmmaker, writer and visual artist residing in San Francisco. Beginning her career as a video editor and film preservationist, Melissa has since expanded to filming, producing and writing. She has been an integral part of several documentary films in the Bay Area including Repeace and Mrs. Judo: Be Strong, Be Gentle, Be Beautiful. Currently, she is finishing her debut screenplay, Beautiful and Good Things and acting as Head Editor for Lynn Hershman Leeson’s The Infinity Engine. Additionally she served as a Production Assistant on the forthcoming documentary, Racing To Zero.

FIONA BURGESS / Social Media Director and Web Design
Fiona Burgess is a design professional with over 14 years’ experience in the industry. She began her professional career in Northern California, providing design services to non-profits and individuals fighting for the environment. In 2000, she joined forces with a political consulting firm in San Francisco and served as art director for 5 years working on numerous local and national campaigns. Fiona started her own design business in 2007, managing web and print campaigns for non-profits, political and commercial organizations. Fiona is no novice to the world of targeted marketing and experienced at generating results through targeted visual design. Currently she is serving as an art director working with the SEO agency Covario, developing performance-driven creative and strategies for clients such as SolarCity, Lenovo, Hilton, GAP, NetApp and Intel.