“Trash. Garbage. Junk. These are words we commonly call the things we throw away. But in San Francisco they have a completely different perspective. They see “waste” as “resources,” materials that can always be recycled and turned into new things. They give purpose to the stuff most people may see as otherwise useless. Dedicated to protecting the environment, they’re aiming to make the city 100% waste free by 2020. It sounds like a daunting goal, but as this film reveals, they’re surprisingly close to doing so.
“Now, you may wonder how exciting can a documentary on trash be? The short answer is very. The city’s passion for going green is unbelievably contagious. For everyone from the mayor, to those who work in the field, to the citizens – the idea of ensuring everything can be reused has reached a collective fever pitch. Their mission has given them a sense of pride that’s overwhelmingly inspiring. The innovative methods and programs displayed in RACING TO ZER0 provide a blueprint for change that can hopefully be applied to all of America.”

WHY RACING TO ZERO?

Zero waste is one of the fastest, cheapest, and most effective strategies to protect the climate.(1)

In order to reach zero waste, we need to change our relationship to garbage and how to view the things we discard as resources, rather than waste. As a resource, our garbage can take on another life, stay out of the landfill, and enter into a cycle that is cradle to cradle, reused and recreated over and over again. 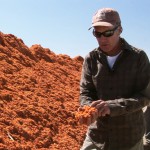 Bob Shaffer, Soil Culture Consulting “Simply by taking foodscraps and some straw, otherwise waste materials, and recycyling it into that which is important for soil, well, this is magic.. “

Racing to Zero examines today’s cultural garbage practices in terms of consumption, preparation, use and production. Only one third of the waste in the United Stated is recycled or composted. Why? Industry, through its practice of planned obsolescence, plays a major role; our lives are almost totally dependent on unrecyclable petroleum products. Throughout the film, Racing to Zero discovers some amazing solutions.

Natural resources are dwindling, climates changing, the environment is suffering, our current future is being buried in the landfill and a large percent of the world’s oceans have huge gyres of floating plastic.

There is hope, but first, we need to fully understand the problem. Some cities in California have recognized the imminent threat of doing nothing, and are radically reducing the amount of refuse they send to landfills, with the eventual goal of reaching zero waste in the foreseeable future. How? 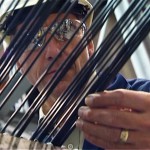 “We are able to make a direct replacement for plastic made from petroleum chemicals.“ Michael Biddle of MBA Polymers inspects strands of recycled raw plastic.

Racing to Zero follows the collective zero waste efforts of San Francisco, which is successfully taking the necessary steps: increased recycling, creative repurposing, composting to recycle organics back into the earth where nature and science interact, and changing patterns of production and consumption. Diminishing non-recyclables have already radically reduced the amount of garbage that is sent to the city’s landfills. In fact, San Francisco leads the nation by keeping 78% of its garbage out of landfills.

Our leading characters guide us through the various aspects of the story: Robert Haley, Zero Waste Manager for San Francisco’s Department of the Environment; William Rathje, archaeologist, anthropologist, scholar and inventor of the science of Garbology; Robert Shaffer, an agronomist and farmer, champions the values of compost. In their travels around the countryside and conversations with other scholars and experts, they tell the story of garbage, its past, present, and future. 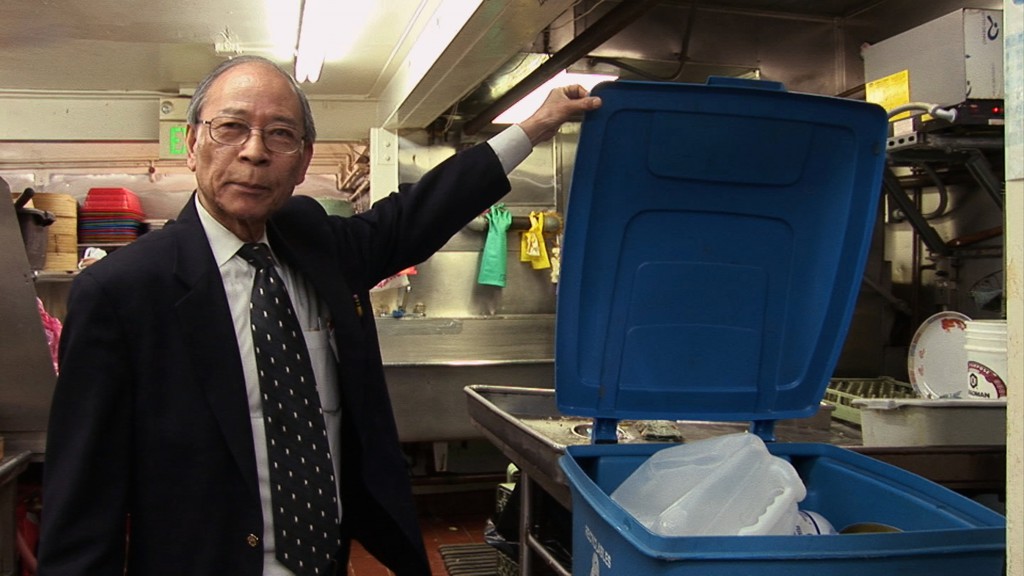 “Good for the can and the bottle!” Andrew Poon, Far East Cafe

Cities all over the United States have instilled zero waste policies of their own, and it is through these mandates that we are challenged to think differently about not only how we handle our garbage, but what it can become. Countless innovations have emerged, and there is a booming innovation movement afoot.

Above all, we must make major changes in our living and consuming patterns. We each have a tremendous opportunity to make a difference. Consider what you buy — can it have a longer life? Can it be reused? Repurposed? Composted? Through education, thought and action, we can all change our patterns of living, and achieve the race to zero waste.